This program brings you the roots, evolution and wide-spread influence of African music. You can surf through the growth, explore its diversity, and take pleasure in the wondrous of their musical traditions.

Music to the African is intrinsic; it appears in every aspect of their lives. They are able to carry it wherever, whenever and in whatever condition they may be in, even when they were enslaved by the Europeans. Unallowed to bring any of their possesions, including musical instrument, never stopped them from creating. In the new foreign land, they found various ways to channel their passion of rhythm and blend it with other music.

African music is extremely diverse, but we can recognize similar characteristics within their musical traditions such as; repetitious, cohesive, overlapping, interlocked, multi-leveled, polyrhythmic, and obvious contrast. In addition to their unique culture, African is the master mechanic in music. Not only that they can respond well to music outside of their nature, they can also fuse foreign musical traditions with their own, and give birth to new forms of music as they have inherited us with gospel, blues, jazz, rap and hip hop in America, as well as Cha cha cha, Salsa, Rumba in Central America, and Samba in South America. 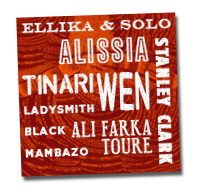 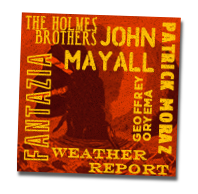