Asia possesses unique and diverse musical traditions that not only have awed the world, but also been adopted by others, particularly the Western music circles, but up to this day, Asia has been a market for other music (mostly Western Pop) rather than a music centrum.

From Central, to the Indian sub-continent, Eastern, and Southeastern region, Asia offers abundant and extraordinary music that have attracted great composers and musicians. Since the late 1800s, authentic Asian music has been adopted by Classical, Jazz, and Rock music. The pentatonic scale, free meter drone, repetitiveness, poly and interlocking rhythm, and unique melodies as the specifics of authentic Asian music have been absorbed and developed by the West, and made it their own.

So while others appreciate authentic Asian music, why most Asian seems to choose copy-pasting other people’s music? There’s nothing wrong with enjoying and playing other people’s music, but does it have to be everyone doing that? Asia is believed to be the future’s center of the world, but to be the center is not a matter of economic, it’s cultural. To be the world’s cultural orientation, Asia should nourish her own roots, heritage and identity that made it Asia in the first place. How could they be nurtured if everyone would rather do other materials born out of the context that no one ever lives in? 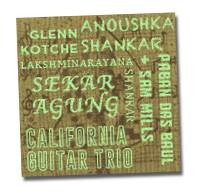 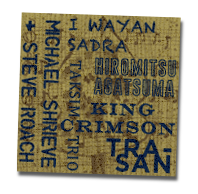