To all brothers and sisters, we regret to announce that Vox de Cultura is currently experiencing a technical problem where we are unable to update the contents. However, you can still listen to our published materials. Hopefully we will be up and running normally around Mid-September 2018. Any further announcements and updates will be limited through our social media. We apologize for the inconvenience.
Wednesday
Dec 2, 2020

Music can either be a remnant from our past or a strive to answer our present and future challenges. When science and technology keep progressing and reach a new level, the way we view and live our lives tend to be disrupted. Change(s) becomes a debatable arena. Some resist, others compromise, and the rest completely embrace the new way(s). Arts reflect and address such reaction(s), and eventually find its new form(s) that will suit the context.

Throughout the history of humankind, individuals within societies have always come to a consensus on how to convey their lives. Such concord shapes people’s views and thoughts then lays the common platform to respond to current and future challenges through art, science and technology.

We are already approaching the end of the second decade of the 21st century, and yet societies and nations around the world have not come up with viable and amenable thought and platform in facing the current technological, economic, political and cultural changes. None is certain whether we ever reach a common and global attempt, directives and solidarity to take on the 21st century.

In the following program, we will be listening to an interview with a young artist who has been responding to her surroundings, may it be social, political, technological or cultural. Her exploration has gone beyond her Classical music training at the Royal College of Music; she has “re-visited” the ideas about musical instrument, sound, and composition. Her name is Shiva Feshareki, a British of Iranian heritage. She is the recipient of BASCA British Composer Award for Innovation, and “The Composer’s Fund” PRS for Music Foundation. She is also a radio presenter at NTS in London, UK. 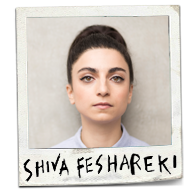 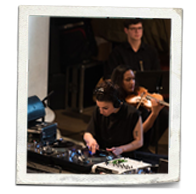 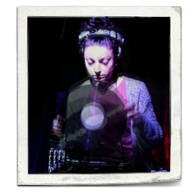 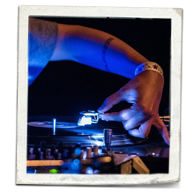