Ever imagine how music would sound today if human never invented musical instruments? Perhaps our music making would be no more than just organizing the sounds of our voices and body parts.

We often take things for granted. When listening to music, most of the time we think of the composers and musicians, hardly about the individuals who invented the instruments. This is a sad thing since we actually owe our enjoyment in listening to countless of musical expressions to these inventors. So to symbolize our homage to their significance, we present Pick ’n’ Pound, a program featuring music composed for and/or led by two of the most widespread used instruments in the world: stringed and percussion.

Apart from being the most popular, stringed and percussion instruments are also among the oldest. Percussion is believed to be the second oldest after human voice and body parts; it is the first musical instrument that human invented. Its usage is believed to have begun since 8,000 BC for ritual, communication and recreational purposes. Stringed instrument, on the other side, is believed to have been in use since the circa of 2,500 BC as the ancient tablets in Greece shows. Up to the present, both instruments have gone through evolutions and new inventions in shapes, sound, and technology. 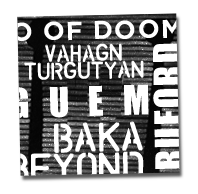 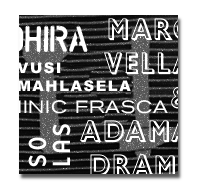