To all brothers and sisters, we regret to announce that Vox de Cultura is currently experiencing a technical problem where we are unable to update the contents. However, you can still listen to our published materials. Hopefully we will be up and running normally around Mid-September 2018. Any further announcements and updates will be limited through our social media. We apologize for the inconvenience.
Thursday
Jun 30, 2022

When hearing the term authentic or roots music most perhaps will associate it with boring, out of date or irrelevant music. Well, better think twice! The usual popular music we enjoy so far actually depart from and/or contain a certain part of this varied musical forms.

So if we take authentic music as humdrum and uninteresting, where do such perceptions come from? There are thousands of authentic traditional music around the world, it would be impossible to be dulled by such varied and exciting materials. Equally important, there wouldn’t be any music that we are so fond of today if it were no authentic traditional music. We wouldn’t have had the Afro American, Carribean, South American, the Romantic, and even the 20th Century music.

Numerous music legends like, Debussy, Steve Reich, the Beatles, Ry Cooder, the late Joe Zawinul, Billy Cobham, Peter Gabriel, Robert Plant, Yo Yo Ma, Kronos Quartet and Steve Hillage had searched for and incorporated musical roots. So let’s alter our perception upon authentic traditional music; regain our consciousness on (local) contexts, and how they share similarities as well as extreme differences in sounds, patterns, techniques, and instruments. Let’s explore the richness of our cultures that lie between the two polar. 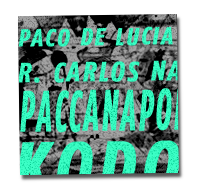 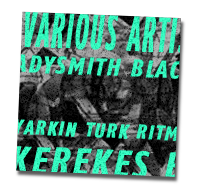