To all brothers and sisters, we regret to announce that Vox de Cultura is currently experiencing a technical problem where we are unable to update the contents. However, you can still listen to our published materials. Hopefully we will be up and running normally around Mid-September 2018. Any further announcements and updates will be limited through our social media. We apologize for the inconvenience.
Wednesday
Dec 2, 2020 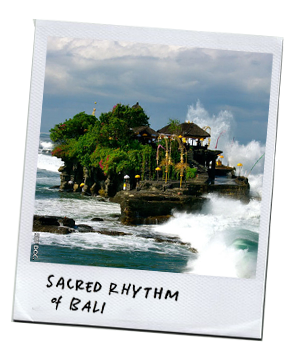 A line of volcanoes dominate the landscape of Bali and have provided it with fertile soil which, combined with a wet tropical climate, make it an ideal place for water and food resources. As humans major meeting point with nature is water and food, this provides a fertile field for the Balinese to express their gratitude as well as devotion to nature as a gift from God, which manifested in such authentic forms: from cosmological beliefs (Balinese Hinduism), agricultural philosophy and practices (the ‘subak’), community system (the “Banjar’), to both functional and aesthetic creations (music, dances, puppetry, textile, and many more); all of which are inter-related, and even some of them have inspired the world.

Hinduism is generally associated with India, but around the world there are several ancient Hindu communities which do not have their origins in the Indian subcontinent. Foremost amongst these are the Hindus of Bali. As well as the traditional Hindu gods such as Visnu and Brahma, Balinese Hindus worship a range of deities unique to their branch of the religion, in which the Supreme God of Balinese Hinduism is ‘Saang Hyang Widhi Wasa’. Balinese Hinduism divides the cosmos into three layers. The highest level is heaven, or ‘suarga’, the above of the gods. Next is the world of man, ‘buwah’, and below is hell or ‘bhur’, where the demons live and where people’s spirits are punished for misdeeds on earth. This tripatite division is mirrored in the human body (head, body, and feet) and the shrines found outside Balinese buildings.

For thousands of years, generations of Balinese farmers have cultivated their landscape to enable the growth of irrigated rice. Traditional Balinese agricultural practices were based on rituals for the Goddess of the Lake, Dewi Danu, one of the two supreme deities of Bali. The top of Mount Batur has a vast freshwater crater lake that is considered a sacred cosmic map, or mandala, of waters. This connection between religion and production is reflected in the significance of their organizational system in the form of water temples, known as ‘subak’. These water temples reflect cosmological beliefs of ‘Tri Hita Karana’ (comprising the realms of the spirit, the human world and nature) and organize a communal social system central to irrigation and agricultural practices.

Generally, the Balinese community system is oriented by two structures (social traditional structure and social formal structure). The social traditional structure, known as ‘banjar’, has based on the long story even from before Hindu era up to present day, and the social formal structure is bound of the Balinese integrity into the Republic of Indonesia since the day of Independence. ‘Banjar’ itself is a group of social community that has band of area, activities like wedding ceremonies, people’s deaths, taking parts of the refurbishment of temples and roads, cleanliness of the area, and security protection. The ‘Banjar’ is lead by ‘Kelian Banjar’, which is consisted of 50 – 200 family leaders.

The Music and Arts

The Balinese music, art and dance are interlinked with each other and with people. Nearly every individual from all levels of society participates in some type of art form. There are musical performances in the form of Balinese Gamelan (more about Balinese Gamelan) at the many sacred as well as social ceremonies such as wedding, cremations (‘Ngaben’), and tooth-filling. Since arts are daily part of their life as well as devotion to Gods, the artistic standards are very high; and to do so, the children are taught from a very young age. In most cases, the music works with dances, taking cues from one another. Within the gamelan are typically found tuned gongs, bronze kettles, bronze metallophones, bamboo xylophones, drums, cymbals, and flutes. Within this structure are hundreds of varieties of set-ups and sizes. The Hindu influence is especially heard in the five tones that gamelan music is based on, named ‘ding’, ‘dong’, ‘deng’, ‘dung’, and ‘dang’, which believed to be spiritually linked with the Gods of the five directions and their corresponding mystical colors. (AA)